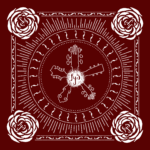 Colorado’s FY5 proudly swim in the deep currents of American music, playing new songs, well-informed of country and bluegrass traditions, but not bound to them. Featuring thoughtful arrangements, strong singing and musicianship, the band strives to connect to listeners with stories of common struggles and big ideas. While their sound evokes timelessness, it is decidedly contemporary, well-traveled 21st century sensibility that informs their songwriting.

FY5 released their 4th studio album of all original material, The Way These Things Go, in early 2018. The band’s guitar player and primary songwriter, Mike Finders, won the Merlefest-Chris Austin songwriting contest in 2005 and 2006; it’s Mike’s songs and the band’s delivery that make this group special and their performances memorable. “This type of music would be comfortable at the Grand Ole Opry, Austin City Limits and they wouldn’t get kicked off that old fogey classic Lawrence Welk Show either. It’s that diversified, satisfying and most importantly good.”  John Aspice, No Depression